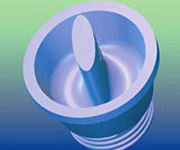 PlastOcon is the cutting edge in engineered product/tool development, prototype mold and production molding. Based in Oconomowoc, Wisconsin, PlastOcon is a major player in the injection mold industry, distributing product across America and the world. iNET took over where some wannabe web developer left off. There was little to work with as the site was a basic business card website. PlastOcon needed, in website design and development, what they deliver for the molded tool industry. PlastOcon needed a website design and development team that would lead the way, from web site conceptualization through the live publication of their new improved website, to the World Wide Web. iNET delivered a website solution, taking PlastOcon to a new level in website marketing.

The iNET Web graphic look and feel of the new PlastOcon site is a simple industrial molded plastics looking layout. The PlastOcon website is not precocious at all. Simple graphic design and the all American color scheme, directly from the PlastOcon logo, dominate. Simple product imagery rotates in and out while different text messages of positive aspects of PlastOcon come and go. Graphically, the images and lexicon of PlastOcon quickly let the web surfer know they are at the web site of one of the premier injection molded plastics companies in the world. 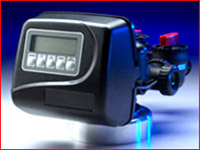 A big part of the PlastOcon web site development was building a website marketing tool to replace the website business card PlastOcon had. The injection mold design and production industry is not exactly a small industry. Winning in search engines at the national level would be a challenge for sure. The iNET creative genius team set out to win above all industry websites with a perfectly constructed website with a reasonable search engine optimization budget. With PlastOcon having no website text to speak of, the iNET team was at a distinct advantage in achieving high search engine results quickly. The iNET "creative genius inspired website marketingSM" staff wrote most of the text for the PlastOcon web marketing platform. The advantage writing text provides iNET Web in winning stems from the iNET ability to develop the website text to match the site database and website search engine optimization perfectly.

The net result of PlastOcon having iNET build the web site and write the marketing, then maximize the website, is getting them on the first page on search engines for terms like "Plastic Injection Molding Solution". To be on the first page of Google for free searches, in the Injection molded plastics industry, is a big deal, considering there are millions of websites competing. PlastOcon, seeing the success iNET has delivered with just baseline website search engine optimization, is picking more terms to win on. iNET will maximize on those terms, resulting in this Oconomowoc business to earn more clients via the website . This is good news for the Oconomowoc, Wisconsin area, as iNET search engine maximization generates business. Business in manufacturing means jobs!

When asked how the website production with iNET has been for PlastOcon, one of the Oconomowoc custom injection mold hotshots said, "We enjoyed working with the iNET Web team, and the web development process with iNET has been much better than it was with our previous website developer." Bonnie also said, "The website copy-write iNET did was great overall. Once the copy was implemented into the site, we started getting a ton of hits on the search engines. We are very excited about the results!"

PlastOcon gave iNET the vote of confidence we always love to get. PlastOcon has iNET Web redoing a second website for a division of their company right now. That site will too be a success. That’s just how it works at iNET.

Have a look at the site. Notice the dynamic width of the graphic design. Even read what PlastOcon is all about. With iNET website marketing copy write, you will be excited about injection molded plastics even if you don’t need a company to help you design and produce a product with it. If you DO need a company to design and produce an injection molded plastic product, you just hit the proverbial lotto!