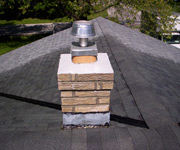 iNET Web’s creative genius inspired Milwaukee web development team knows how to raise the roof and keep the fire going with custom built profit generating websites. Spark your business web marketing success. Call the best Milwaukee website designers and developers at 262.574.9400, and watch the money start to roll in. iNET Web, improving the economy one business at a time ®.