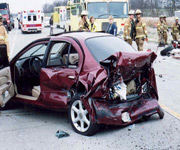 Implementing a scrolling background of the Milwaukee skyline created a professional, local and trustworthy appearance for the Warshafsky Milwaukee law firm. INET Web website developers designed user-friendly navigation tools by highlighting each service panel when users scrolled over them.  Bringing forth the Milwaukee city skyline background on each panel scroll over further accented the available litigation services.

INET Web’s website design team incorporated interactive scrolling pictures below the flash animation walk out video, creatively drawing clients to their specific litigation needs, while getting them to browse the other available litigation options through the Warshafsky Law website. Through the use of entertaining digital walk-out videos and intuitive flash animation navigation iNET Web Milwaukee website developers created a highly successful and professional looking website for the Warshafsky Law firm. This was not the only way the iNET Web team provided measurable results for the Milwaukee law firm.

SEO-savvy, client-centric iNET copywriters fit the website copy intricately into the design plan for Warshafsky’s site. iNET’s carefully crafted conceptualized marketing strategies focused them on using inclusive keyword phraseology to bolster SEO ratings.  Featuring slogans like “Injured? It IS about the money.” and proper sentence structure, iNET’s expert copywriters easily inserted call-to-action phrasing throughout the Warshafsky Law Firm website without coming off as overly assertive. Warsharsky knows insurance companies are willing to offer higher settlements when the right legal team is on the case. iNETs branding strategy was to first promote this fact with excellent design and then back it up with cohesive copywriting.

Warshafsky Law Firm has always had the knowledge to win for their clients.  With iNET creative genius website design, development and copy, Warshafsky now has the winning playbook for SEO domination in their market!