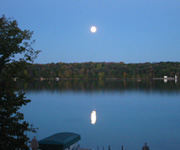 iNET Web occasionally gets the opportunity to work with non profit businesses and philanthropic groups helping to improve our community at large. iNET Web many times works at substantial discounts off of our already beat-all-competitors website design pricing. It is also common for the iNET website development team to take a personal interest in our customers' businesses or interests. The high level of personal pride in the work iNET does and our commitment to being a positive member of the Milwaukee/Waukesha, Wisconsin community at large have led to some truly amazing websites for Wisconsin nonprofit businesses-websites they simply could not or would not be able to afford at even iNET prices. It is a sad state of affairs when people who deserve a top-notch website feel stuck because some dude donated a website to get them into a paying platform for life. With the iNET directive of helping when we can; non profits, Christian organizations, and schools can have incredible function and great visual appeal, while being found by people who can help their cause or need their help. With no website to start with and no budget for a website, the production of the UNLMD website would have been an unprofessional template website, or worse, without iNET Web.

The Upper Nemahbin Lake Management District was originally formed by residents as a governing body to help preserve, protect, and enhance the quality of water and life of residents who utilize the Upper Nemahbin water shed. Pollution, invasive water born invasive plants and animals and human beings not doing the right things continually adversely affect the health of all Wisconsin bodies of water. In the case of Upper Nemahbin the perception that a Mill Pond owner continually dumped sludge into the Bark River just outside of Upper Nemahbin was the original catalyst for the people of the district to organize 15 years ago. The result of the silt release (s) was a growing bar of silt in the lake at the mouth of the river, suspended sediment in the water. Algae bloom and silt built up in the Bark River, adversely affecting a navigable waterway.

The development of the Upper Nemahbin Lake Management District website began with a new logo design. The existing logo was a stock image someone had done for free that looked like a stock image logo that someone had done for free. The logo had nothing to do with the personality, individuality, or character of the lake. One of the iNET creative genius inspired graphic website designers took a posterized view of Upper Nemahbin, a heron and cattails (All things seen regularly on Nemahbin) and developed a personal, graphically unique logo that represents the district well. A professional logo for the website was just the beginning of the iNET contribution to the UNLMD.

iNET literally is in production of over 50 websites at any given time. iNET websites go live to the internet virtually every day. Sometimes business people start a website and then decide to put them on hold or even walk away from a website production altogether. iNET Web had started a custom website for a kayak modification company. Having production troubles with China, the owner for the company simply put an indefinite hold on his website production. iNET graphic designers had developed a custom navigational piece for that website in Flash. The Flash graphically animated navigation fit perfectly into the Upper Nemahbin graphic theme. It is very common to see kayakers on the chain of lakes Upper Nemahbin is a part of. The iNET graphic design team produced this website from the perspective of graphic appeal. A graphically superior image site simply is more likely to endear site viewers and users. The Flash animation iNET created is worth a look at this website all by itself.

The Upper Nemahbin Lake Management District Board had no idea what they wanted or needed in a website. As happens with every customer who puts their trust in iNET to deliver a great website, the UNLMD got a spectacular web based representation and functionality, beyond even their understanding of what to expect or put on a wish list. Features include the ability to meet the board on line, photographic galleries with beautiful high resolution photos of different events and seasons on the lake, a lake district members-only forum where district members can directly communicate with each other about items of interest, customer editable Flash website headers, a website calendar for upcoming events, a news article page, weekly weather forecasts, lake educational pages and a whole lot more. 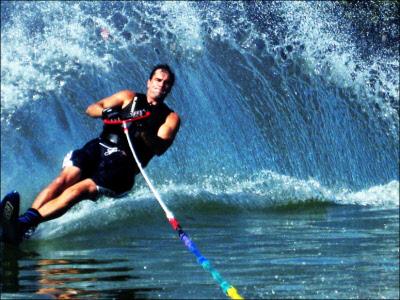 One interesting page feature is the donate to the Upper Nemahbin Lake Management Fireworks page. The UNLMD is a taxing body. Since the inception of district sponsored fireworks, the district has had a fraction of alienated members who feel the district should not be paying for fireworks with tax dollars. While a minority, the anti-fireworks crowd had a seriously anti-management district attitude that led to a great deal of polarization among district members. With no marketing written for the district, iNET copy writers volunteered to help develop the original page content for the site for FREE. In addressing the fireworks issue, an iNET creative genius inspired website copy writer developed the platform of allowing UNLMD members or anyone who enjoys the fireworks to donate to both tax relief and a larger fireworks production at the same time. An iNET copy writer wrote pretty much all of the content on the entire Upper Nemahbin Lake Management District website to get it up and running. The end result is a visually appealing website that literally has helped the community come together as well as a website that offers a lot of great information to the general public.

Recent events of the worst flooding in recorded history of the area have made the site an even greater asset. Images of the flooding, articles on the pertinent issues to the flooding, and even FEMA applications for disaster aid are posted on the website for the community as they work their way through the issues.

Check out this website. Have you seen a more visually appealing website image on a nonprofit site? Look at the features and functions iNET Web delivered on a shoe string budget. When you are done gaping at the beautiful design, why not read up on Upper Nemahbin and head out to Waukesha County for a day of family fun: fishing, swimming, kayaking, waterskiing or just relaxing in one of the most beautiful bodies of water you will ever experience. Who knows, maybe we will see you out there!