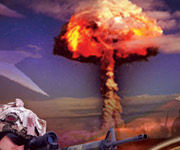 “I love it!  The book cover design blew me away!   The book cover design captures exactly what my book is about.   The sales person and website designer developed my words into visual reality.  I can’t imagine a better presentation.  The salesperson and website designer were great to work with and did a fabulous job.  I’m delighted with the service you provided.  You kicked some ass and done it right.  .  .”