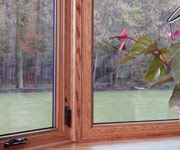 Stanek Windows is a company with three markets of service nationally. Stanek had paid tens of thousands of dollars to a "marketing" company to get their web site found in native searches.The best result iNET Web search engine maximization specialists could find before iNET Web took over and imparted creative genius was a native search engine query result 800 web sites back. That is 80 pages on Google!

iNET developed a web based marketing plan that not only seated Stanek Windows at the top of every term defining the vernacular of their industry in all three markets, iNET helped develop a marketing platform that encouraged the sales staff to help generate web site content. Stanek now stands firmly at the top of the first page in all searches they choose to win on in all three of their markets. This level of success in free web site searches is where sales that generate income on the Internet are made. Stanek is proof positive that template code and lesser web developers cannot do what iNET does everyday… install our customer website's at the top of search engines without pay-per-click.

In the process of competing for the redevelopment of the Stanek web site, iNET was privileged to see a number of competitor quotes for website development. Every solution was overpriced with no results guaranteed. Only iNET Web guaranteed results AND only iNET Web delivered profitability! One hack Milwaukee website designer and developer proposed an $1800 bonus for himself for every keyword he got Stanek Windows to the first page on Google with and a second $1800 stipend for every term he got them to number one on Google with! If iNET Web was unscrupulous enough to go that route iNET Web would be the most profitable Milwaukee website design and website development company in the history of the Internet. Unfortunately, all of our website design customers would be out of business!

Take a look. If you like what you see click the navigation bar for a free in home estimate for replacement windows and doors.