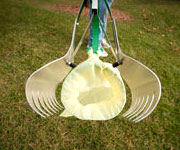 Ideas of creative genius. With concepts of images, color scheme, and overall design layout dancing in their heads, the iNET creative genius inspired web development team envisioned the design ideas for The Sooper Scooper website. The Sooper Scoopers just simply Scoop and Swoop and Drop it in the bag concept integrated throughout the website creates a feel all its own. Thoughts of ‘how’ sparked the iNET creative genius ideas igniting the solution of an infomercial how to web video. As not everyone will take the time to navigate though a website to watch, let alone find a web video, the iNET web production team thought ‘what if they don’t have to?’ The iNET creative genius inspired thoughts morphed into creative genius INSPIRED ideas, which lead to THE creative genius solution; a bam in your face welcome to the website infomercial. Website visitors don’t even have to think as Mark, co-inventor, walks out onto the website and tells them about this amazing invention and demonstrates the Sooper Scoopers simple use. No thinking, no clicking, no navigating, just simply stop and watch the Sooper Scoopers just simply Scoop, Swoop and Drop It In The Bag system in action. Mark tells website visitors not just once, but repeats the Scoop, Swoop, and Drop phrase over and over and over and over again pounding the phrase deeper into website visitor’s brains. With the iNET stroke of Milwaukee video production genius, close up step by step instructions appear demonstrating the simplicity of The Sooper Scooper pooper scooper. Without really having to pay attention, website visitors will know this pooper scooper with bag not only works great, but is an easy to use pooper scooper you will love. 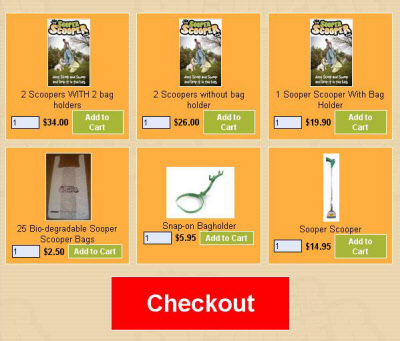 It started with a thought, which turned into an idea, which became the innovation, which kicked off the invention, which achieved profitability with iNET, which sparked a thought…. ‘Can iNET turn my ideas into the same level of profitability?’ which is a question that can only be considered rhetorical. Call the creative genius inspired web development team at iNET to turn your ideas into the iNET solution.