SEO vs. Literature: To Be Read or Not to Be Read?

Entertain us for a second by comparing SEO (search engine optimization) to a classic novel. Of course, a book is only purposeful if it’s actually getting read by people. Literary snobs could easily sit around all day raving about how much greater the classics are than any of the modern bestsellers displayed on coffee-stained Barnes & Noble racks, yet this wouldn’t change the fact Holden Caufield is quickly being replaced by Diary of a Wimpy Kid. The choice comes down to either being critically acclaimed by a miniscule number or having your content actually get devoured by the masses.

Write Inside the Box

SEO is the process of getting your website’s links to rank highly whenever there is a related search. Normally a search might produce billions of results, but if the desired site isn’t showing up on the first page of only 10 or so listings, chances are the searcher will rephrase. This is why keywords play such an invaluable role – how a site’s described is all the unconscious engine has to base its results off of. In other words, “keywording” is kind of like the Legend of Zelda but for grownups. 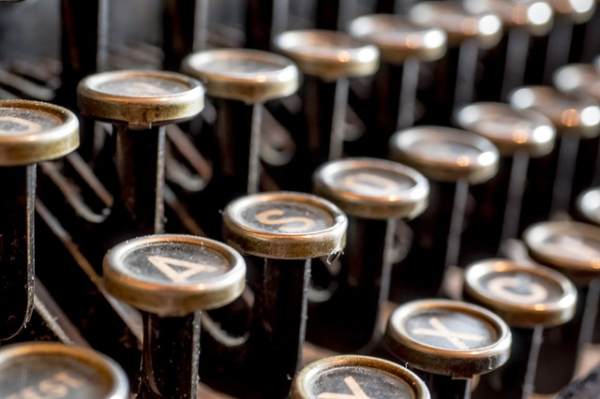 Content Developers don't really use typewriters anymore, but with the ALT we gave this image, it's got some great SEO value!

In Defense of Redundancy

If the average person only retains 5% of what he/she learns, this means it could potentially take someone hearing the same word or phrase 20 times before it actually sinks in. When you’re educated as an English major throughout all four years of college and given a hefty inferiority complex after repeatedly being told Bill Shakespeare was armed with a vocabulary of 110,000 words (a typical human’s these days might be more along the lines of 2,000), you are taught individuality in how to express oneself. Heck, even if you were a football player majoring in Communications, surely a professor mentioned once or twice the beauty of the English language is there’s always more than one way to say the same thing. "Variety" isn’t just the spice of life – it’s the butter on your lobster, the wasabi on your sushi, the salsa next to your tortilla chips…you get the point.

In Defense of Redundancy

Now it sounds like we're dogging SEO, which is actually not the case. The Ultimate Challenge (which contrary to how it sounds doesn’t take place in an octagon, but rather inside iNET’s offices) is to continue utilizing that precious concept we call variety while also integrating a series of repetitive words. It’s not so much hypnosis as it is branding. From a logically sound perspective, this is good – if you enjoy a certain kind of beer, chances are you’ll drink several, not just one, all tasting identical. Likewise, if the word is what you’re looking for, that word MUST be used a slew of times, as is the case with all keywords (hey, you’re the ones searching for these – it’s difficult to see them too many times).

Times They Are A-Changin’

(For Example, Kids No Longer Listen to Bob Dylan so This Reference Might Be Worthless)

Then there’s another not-so-thought-about insight: People don’t exactly read anymore. We kind of do but not really. Like when you’re assigned to read the 1,200-page whopper War & Peace during the week of your Spring Break vacation (yeah, that’s exactly what everybody wants to do while on a beach – ignore the babes trotting around and instead dive into the vodka-fueled melodrama of Russian military personnel). Tangent aside, look at the facts. We don’t go see a movie because we’ve read a 750 word description. We go see a movie because the trailer grabs us – likely by blowing stuff up prior to a catchy pair of one-liners by some square-jawed beefcake). Likewise, you probably won’t remember to go see the movie if you haven’t already been exposed to the trailer a few dozen times, or even seen Johnny Depp’s face on the back of your Subway cup.

Here’s an example:  your toilet won’t stop overflowing. You’re tired, your clothes are stained, your hair is matted, the baby is screaming and dinner is burning, yet you manage to quickly pull out the smartphone and google “plumbing repair.” Are you reading or skimming? Do you for the love of all that is good and holy genuinely give a crap about readability or do you just want the fastest, cheapest plumber to get the hell over and fix the damn thing? This particular scenario is much different than dimming the lights with a steaming cup of chai, curling up in your favorite easy chair to devour the latest Khaled Hosseini novel. Remember the Legend of Zelda reference? When googling words, you’re not unlocking treasure chests or rescuing a princess, only accessing information and calming down your hysterical wife. 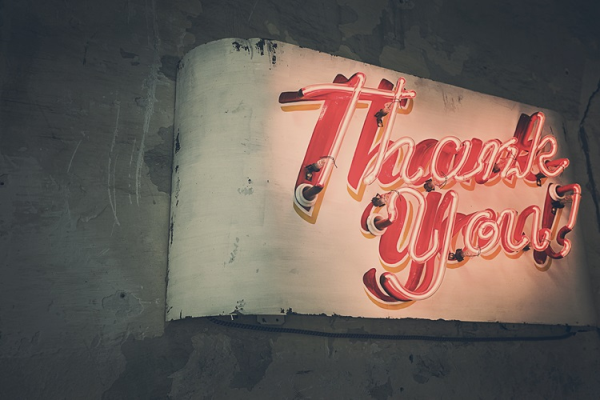 Why are we thanking you? Not sure. The stock photo site didn't have any Legend of Zelda images.

Why Writing is Still More Important than Ever (Seriously!)

As mass users amidst endless fields of interest, we definitely experience the effects of writing, but is that because we straight up read word for word? No. Hell no, actually. By perusing a section of text, you hardly absorb anything except what truly stands out. The more keywords used, the greater the visibility (it’s a bit similar to buying more raffle tickets - with each additional one purchased, your chances are greatly multiplied). However, the importance of writing is higher than ever. While the “prose” on a site isn’t so much there to be read as it is to get people onto the site, there’s no reason the writing can’t still be innovative. We just have to realize keywords are there to help us and must be used.

More About the Ultimate Challenge

Writing “inside the box,” if you will, creates a focused, clearly defined piece of content for stronger utility. The trick is to remain interesting while still optimizing your copy for search engines. Typing up an interesting piece of readable content or else writing exclusively for SEO results are two separate styles, each one relatively simple as its own task. Yet making SEO copy resemble something called prose?