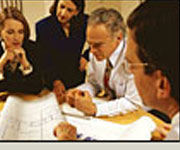 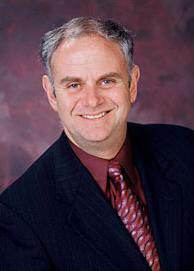 R J Weiss Consulting is grateful they switched to iNET Web of Waukesha, Wisconsin.  iNET was able to take the existing R J Weiss Consulting Website, and convert the code into the same search engine friendly website code used on all iNET websites, without changing the look or layout of the website, except in cases where improvement was needed.  iNET database developers and website coders design every line of code to be crawled by search engine spiders.

With iNET custom client-side editing tools, R J Weiss Consulting no longer gets charged costly website updating fees every time they want to add website content.  As simple as that may sound, being able to easily and instantly add fresh new content on its own at any time is a huge convenience and saves big money!

With iNET search engine optimized website code, after less than a month, the website was already Number One on Google for 'conflict mediation Wisconsin', and a number of other search terms, as well as being on the first page of Google for Milwaukee and Wisconsin searches of every major service R J Weiss Consulting offers.  With the ability to add content to the rich organizational development information available at R J Weiss Consulting, along with iNET SEO expertise, the goal is shifting from ranking high in Wisconsin searches for executive coaching and conflict mediation, to being readily found in national searches.

Bob Weiss, owner of R J Weiss Consulting states:  “iNET is exceptionally easy to work with, offering the technical expertise, professionalism, creative ideas, responsiveness and friendliness that are critical to an effective Internet web presence.   After just one month of switching to iNET, we picked up two new clients who easily found us on the Internet.”

iNET has recently redesigned the R J Weiss Consulting home page and testimonials page to incorporate client video endorsements in a viewer friendly, novel format that has received many favorable comments.  Thanks to iNET Web in Waukesha, Wisconsin, the R J Weiss Consulting website is a source of profit.  To make your website start providing a significant Return-On-Investment, head to the Milwaukee web development company who makes websites that make money.

And if you experience difficult and painful conflict between principals, executives, or staff in your organization, or if you need high-end leadership development or help implementing major organizational change, contact R J Weiss Consulting.  Visit the website at: