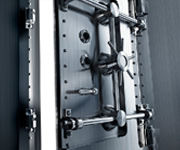 "I have a long history of hating Steve Libbey radio ads.  Actually, it’s because there so good and stick in my head!  I had to call WISN and say “Lose Libbey” for fun.  The one thing that really stuck in my mind was when I heard “measurable results” come out of Steve Libbey’s mouth.  That caught my attention and gave me the idea that I didn’t have to hire a full marketing department.  I could go with iNET Web for an Internet marketing presence and experience just as good marketing results.  We have gotten new business from the website.  We ask each customer and verify how they found PIC Imaging.  Got a call just last Friday from North Carolina that turned into a sale.

“I guess it’s a cool website.  An employee’s friends who are all gamers say it’s real cool, modern edge.  And what was real great about iNET Web was how they were able to incorporate some of my original ideas into the website after the deadline had expired and I’d exceeded my budget.  Not to say iNET works for free, but there were a few remaining things I wanted the website to feature after its completion.  And iNET did it for no additional charge.”

As a company dedicated to securing data in the online world, PIC Imaging was unable to secure their business in the online market. The PIC Imaging website's uninformative, confusing graphic design scheme was not successfully defining their business to online customers, resulting in a misinterpretation of their services. PIC Imaging decided in order to successfully increase their revenue stream, the data management company must revamp their current website to achieve the attention PIC Imaging desired. Wanting nothing but the best web design, PIC Imaging turned to Milwaukee's #1 website design company, iNET-Web, to construct a website so utterly magnificent it would blow PIC Imaging's current profits out of the water.

iNET-Web creative geniuses arrived assisting the Forensic Level E-Discovery company with enabling consumers to discover PIC Imaging within the online market. To attract attention and instill confidence in potential customers, iNET-Web’s creative genius graphic design team began recreating, revamping, and refurbishing the PIC Imaging website. The old PIC Imaging website was misinterpreted as being a team of lawyers. With PIC Imaging’s upgraded website, visitors are instantaneously attracted to a stunning flash piece seamlessly integrated by iNET-Web’s very own creative geniuses. The design shows streams of data showcasing PIC Imaging’s services being whirled away into a secure online vault. A large padlock with ‘secure data management’ engraved on the side in addition to the superior flash design graphically defines PIC Imaging’s business to website visitors. With creative genius handiwork, iNET-Web’s graphic solution successfully eliminated PIC Imaging website’s misinterpreting issue. The color scheme of PIC Imaging was constructed to be attractive and draw attention. The silvers, blacks, and white colors cohesively merge together while the glowing green streams of data stand out to the user. Beneath the eye-catching, business defining logo of PIC Imaging lays the roll over navigation menus integrated by iNET-Web designed for easier navigation letting users know the item is clickable. Using combinations of subtle gradients, semi-transparent graphical layering, and a pinch of ‘creative genius’, iNET-Web masterfully transformed the PIC Imaging website into a professional, high-quality web marketing platform.

Website’s fashioned by iNET-Web creative geniuses all incorporate a stellar online content management system called Genesis. Remarkably easy to use, Genesis allows anyone with internet access along with the correct email address and password combination to edit a website. This way, both iNET-Web and PIC Imaging have complete control over any website editing. Dissimilar to other Milwaukee web developers, iNET-Web’s online content management system allows for instantaneous changes at zero cost to PIC Imaging. Other Milwaukee web developers charge for any website editing, because unlike iNET-Web, they’re generically produced, mediocre website designs are not enough to fuel their business. They require leeching off their customers in order to make any profit. If charging customers for website editing was not enough, “wannabe” Milwaukee web design companies require extensive waiting periods for website changes. Genesis allows for instantaneous, no-charge editing, and is easy enough to use for anyone with basic word processor knowledge. When a newly created ‘creative genius’ website goes live, iNET-Web will guide you through Genesis functions, assuring you are confident in your ability to successfully make website edits.

PIC Imaging has offered litigation support for the last 17 years, supplying evidence for verdicts large as $100,000,000, to smaller trial cases whose outcome is just as important. The evidence is conclusive in this ‘creative genius’ web design case. iNET-Web has measurably improved PIC Imaging’s website and business through creative genius graphic design and copy write. For comprehensive litigation support, secure data management, or forensic E-Discovery, contact PIC Imaging at 414.224.5996. To measurably enhance YOUR bottom line, contact the creative geniuses at iNET-Web to set your business on the path of profitability.