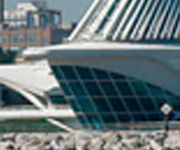 Milwaukee Dumpster Rental is the premier provider of dumpsters to Milwaukee, Waukesha and most all Wisconsin markets. More than a roll off dumpster service, this Milwaukee based business is literally a debris removal service. Jim, the owner/operator, came to iNET Web knowing he needed a website, yet not really understanding how the Internet works. With iNET Web, you don’t have to know anything about website development or graphic design to have a search engine winning marketing solution.

The idea of increasing the reach of Milwaukee Dumpster Rental's marketing was a big factor in choosing iNET for their Custom Creative Genius inspired web site solution. Increased sale’s via your website with minimal cost is uniquely iNET Web.

While Milwaukee Dumpster Rental literally services all of Wisconsin with dumpster and debris removal services, the graphic design leaves no doubt of who they are or the service they provide. The website design and graphic layout of this site appeals to all patrons on the web.

As with any iNET created website, this website has no template or junk code restricting its ability to achieve high rankings in native search queries. A profit enabling iNET backbone to the website, coupled with unparalleled iNET search engine maximization techniques helped Milwaukee Dumpster Rental to quickly realize they had made the right choice with iNET Web. For iNET the results achieved quickly in native search engine queries are just the way it works for a search engine maximized site. The first area of focus in maximization was the city of Milwaukee. Through result oriented search engine optimization, iNET got this Milwaukee business on the first page of Google across the world in just months. Searching for anything dumpster related in Jim’s area of service will result in finding Milwaukee Dumpster Rental at the top of all of the search engines including Google and Yahoo.

As with many iNET website clients who see the sales start to come in, Jim is now a believer. Jim is implementing more search engine maximization in his iNET web site to further expand the business, so far business has more than doubled as a direct result of the iNET produced website. Jim says the website has the phone ringing off the hook. Jim says of iNET, "I am an iNET customer for life!"

Jim has seen the results other forms of marketing deliver first hand. In fact, a yellow pages sales agent tried to WOW him with examples of the results they could deliver. Unfortunately for the yellow pages guy, Milwaukee Dumpster Rental is already way beyond their hopeful projections at a much lower cost than their proposal because of his iNET produced website.

Have a look at the perfect imagery. this website development is a great example of how a clean, beautiful iNET website design coupled with search engine optimization can be the perfect tool for business growth. Everybody needs a dumpster someday. If today is that day for you, contact Milwaukee Dumpster Rental. In preparing our new facility in Waukesha, Wisconsin iNET utilized Milwaukee Dumpster Rental!

As I write this, there are two, of what will likely be three, yard dumpsters at our new intellectual property development center at 1430 East Moreland Blvd. Waukesha, Wisconsin. With impeccable service and a dedication to the best price, coupled with customer satisfaction, Milwaukee Dumpster Rental is the best choice for your disposal needs wherever you are in Wisconsin.