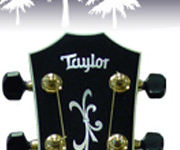 Larry’s most important reason for having iNET build the Larry Theiss website was his need for a search engine friendly website that would grab customers that had never heard his exceptional musical talents.

You will hear Larry Theiss’s Instrumental Christmas songs played and advertised on the radio at Christmas time. For Larry, the return on investment of the radio marketing was not as promising as Larry had wanted. Larry knew a website was a must. Being a creative genius himself, Larry knew there is only one web development company that can deliver the kind of intuitive creative genius inspired website solution he needed to promote his records to the next level. Consider, that as of April, 2008, Larry has sold over 11,000 CD’s!

The graphic design for Larry’s website marketing presence is uniquely Larry. An iNET web developer literally took a picture of Larry's favorite guitar finger board for the web site navigation. While the imagery is simple, the graphic imagery is completely definitive of Larry Theiss and his music. Only the Custom Creative Genius of iNET Website graphic design actually gives the site viewer a feel for the mood or temperament of an artist. Simple graphic Flash animation of snowflakes give a feeling of, 'pull your favorite chair up by the fire with a cup of hot cocoa and listen to a Larry Theiss Christmas classic.' On the eCommerce end, having Larry’s CDs conveniently located on the website home page leaves no question to the rushing Christmas shopper where they need to go to make a purchase.

The net result for Larry Theiss with iNET web site search engine optimization was more sales that ranged from California to North Carolina! Now in the down season, Larry is looking to integrate even more search engine optimization into the website to increase the already successful web presence he has acquired with iNET Web's professional website development. Larry is a school teacher and doesn’t even have a home computer. Larry is a regular fixture at iNET in the summer where he works on his own site content. Larry is a perfect example of iNET being the absolutely most customer friendly web development company in Wisconsin and likely all of America! What other web development company would invite a welcome a customer to work in their place of business on the customer’s website? iNET even packages and ships all of Larry’s website sold CD's for him, truly proving that no matter what you need, iNET Web is here for you!

Take a look and check out the graphic design and the intuitive e-commerce shopping. Every family has Christmas traditions. Larry Theiss music is classic and truly endearing for the ages. Have a look around - check out the actual website products pages. You can even listen to samples of each song, adding to the website viewer's multimedia experience. If you like what you hear, it is never too early to buy yourself or someone you love a Christmas present they will enjoy every year, forever.