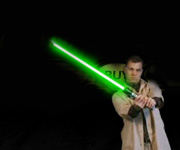 Throughout the website development process the "totally responsive" iNET profit generating web development team worked with Johnson Level to bring their visions to life beyond what they could ever imagine. "David is a really talented designer, I knew if I said make this look cool, he would."  The iNET team works with web clients like Johnson Level to make things perfect. "You guys were totally responsive. You made quick tweaks to make things right and always had a 'yes we can' attitude about everything." 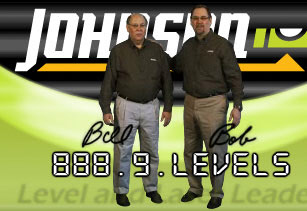 The iNET web development team created a visually appealing, flash integrated, interactive website way beyond the means of what second tier website developers’ template websites could ever do. When first arriving to the Johnson Level website, owners Bob and Bill greet visitors welcoming and introducing them to the site. This iNET produced green screen video piece along with others found throughout the Johnson Level website are traffic stopping eye candy literally spoon feeding important pieces of the Johnson Level message while entertaining its visitors. Web based video of this level combines a professional image with a personal touch, intriguing visitors to learn more about Johnson Level and the products they manufacture. The iNET creative genius Waukesha video production team is beyond second tier web developer capabilities in adding customized special effects.  No one wants to see a Quicktime video play on a website in unappealing video binding boxes. The little video spokespeople on the Johnson Level site not only don’t get ignored they get played and replayed by site visitors.

The iNET creative genius inspired website design team created an, “Extremely easy to navigate and visually easy to read” navigational structure for the Johnson Level website. With the flash based motion level banner, green screen videos, and the overall visually appealing graphics, Johnson Level’s website redefines what is possible for a major manufacturing website. While there is tons of great informative content to read on the Johnson Level Website you don’t need to read a word to navigate the website. Visual imagery carries you from one page to the next in a seamless, entertaining fashion. Look around you will see space age video displays where key Johnson Level employees explain cutting edge level industry technology.

Only a few days after their new website went live Johnson Level is looking to iNET to help further expand Johnson Level's presence online. With ongoing SEO and social networking through YouTube, Facebook, and Twitter, Johnson Level will continue to climb to the top of more and more search engine results.

If you are looking for a level above and beyond what other levels are capable of at price point that make other level manufacturers wonder how they do it, visit Johnson Level today for quality JOB SITE TOUGH laser level construction measuring tools. If you are looking for a website going above and beyond the capabilities of other website developers, call iNET Web today to get started down the path to your most profitable future.