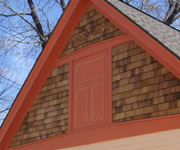 J.D. Griffiths is the largest Wisconsin garage builder. J.D. Griffiths HAD a very poor web site marketing presence. The issues they had at the starting point with iNET were that changes to the website were expensive, their web site developer was unresponsive and you had to know their domain name to find the website.

The diagnosis of the website problems were pretty straight forward. J.D. Griffiths had a low level web site production with a web developer that simply couldn’t get the job done. (A very common occurrence). The funny thing with their unresponsive web developer is, once they figured out J.D. Griffiths was talking to iNET, they hacked together a bunch of web site changes, trying to save the account.

J.D. Griffiths' new web site incorporates a heaping load of graphic web design and creative genius. The front page of the website features a Flash rollover gallery navigation image piece that looks like a map of South East Wisconsin. In order to navigate to see garages well done in your home town or county, a site viewer simply rolls over the county or city to jump directly to that photo gallery. The site has a nice clear graphic contrast with simple intuitive image navigation to the major product lines and multiple easy to use content management areas for Bob Griffiths (The defacto main website editor) to add content. Graphically, Bob has been the ideal web site customer for iNET, literally doing the leg work to capture and install the visual content. Bob has created a gallery of before and after images that leave no doubt that J.D. Griffiths is able to transform any eye sore garage into a neighborhood showpiece. Bob is able to quickly load before and after images in his custom website database management edit area. Graphically, iNET Web even created a simple tweak to the J.D. Griffiths logo to make it work with the website being visually a little more definitive. Sales are often times made or lost with web site detail.

For J.D. Griffiths, the two goals for website redevelopment were not having to wait or pay for a web developer when content changes were needed, and to reach the very top of search engines in native or free search engine queries. Editing an iNET produced custom creative genius inspired web site is so simple a child can do it. The second goal was for the website to be found in free searches on the major search engines like Google and Yahoo. Two weeks after the site went live, Bob Griffiths stopped into iNET and expressed concern that the website was not generating as many phone calls as the month before. TWO WEEKS! The weird thing for iNET Web was that the only way a customer could find J.D. Griffiths on the internet with the old site was by knowing the domain name or with a link to the domain name. Both of those things would not have changed with the new site. A new website sometimes does not achieve immediately in search engines. iNET explained the devaluation of search engine optimization by the big search engines that happens with new websites (It is a method for the search engines of promoting pay per click) and assured Bob the site would make great progress fairly soon, likely within a couple of months. 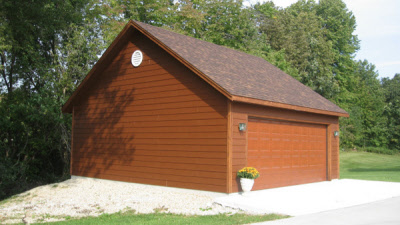 After talking for a few minutes, iNET told Bob, let's just see where the site is in a few keyword searches. We logged onto Google and searched for Wisconsin garage builder. jdgriffiths.com was number one. Next, we searched for Milwaukee Garage builder, and again, jdgriffiths.com was number one. After two weeks!!! That is a level of success virtually no other web developer could provide.

Take a look around the site. Subtle, yet impressive graphic animation, a beautiful aesthetic layout, simple graphic design and a custom data base management area make the J.D. Griffiths website a sales and marketing masterpiece.