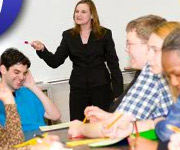 After two years, most Milwaukee and Waukesha businesses have no idea if their website has generated even one customer. Typically that is because their website has, in fact, NOT generated one new customer. On the other, hand iNET Web customers are accustomed to immediate increased business. When asked two weeks after his site went live how it was doing Chad Harbeck said, "Over the last 2 weeks we have had a total of 356 unique IP addresses hit our web site. We have generated 22 new leads in 2 weeks. Our old website we would receive on average of 190 Unique IP Addresses a month. We generated about 2 months worth of leads in 2 weeks. I actually had to get a bigger room for a workshop later this month. The functionality of the web site for the user is awesome." Chad continues, "I would like to buy lunch for you guys at iNET. I would like to do it on a Friday, so pick a Friday and I’ll buy pizza for you guys. I will be in Florida this weekend so don’t choose this Friday." 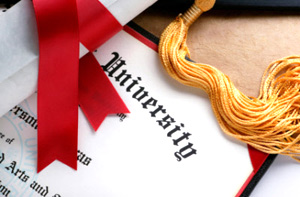 Chad tracks his marketing at a level most small businesses simply don’t have the acumen or resources to track. Integrated College Planning sends out bulk mailings directing potential clients to their website. “A typical mailer response is 6-8 people. Response to the first mailer after our new website went live was over 20 people. It simply has to be the huge upgrade in visual appeal and the iNET produced site's ability to ‘sell’. I have also received a lot of calls from existing clients just saying how cool they think the new site is.” With much of the website still not even acknowledged by Google and the other search engines, Chad expresses concern, “How will we accommodate all of the new business once the site moves to the top of search engines for terms like ‘financial aid Wisconsin’?” The site is already dominating for terms like ‘college planning Milwaukee’ and ‘college planning Waukesha’. 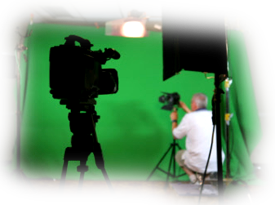 With iNET, cutting edge, customer endearing graphic design is simply how we do website development. In the case of Integrated College Planning, a beautiful, intuitive site layout is topped off with an iNET green screen Flash video production in which the Integrated College Planning team spoon feeds site visitors the reasons why it is important to carefully plot out how college is going to be financed and paid for. This green screen Flash website video production gets site visitor attention. From there the website invites parents and students to attend free upcoming seminars, to join their mailing list for more information and even to sign up for a one on one consultation. As far as web design goes, Integrated College Planning went from a web marketing platform requiring visitors to read in order to feel confident in their services to an image worthy of a Fortune 500 company. Customer endearing, confidence instilling graphic design allows potential customers to skip the reading and get on with the contact or purchase process… No one wants to read on the web.

Rounding out this Lake Country Wisconsin website, iNET created the entire site with a content management system allowing Chad and his staff to easily change any of the site content any time they like from any computer with internet access. Chad says of his ability to edit the website, “The best part is that we no longer have to wait 3 to 4 weeks to make changes to our website. They gave us the ability to change text when we wanted. Thanks again for all of your help and direction for our new website.” More than the ability to edit his own website, iNET produced every aspect of the website, including the site management area, to have maximum value for search engines. That means when Chad or his team add content to the website, it will actually have an almost instant impact on how the site is valued by search engines. More than the ability to change text on the site, the Integrated College Planning team now has the ability to lead more customers in.

If you have an iNET website you probably don’t care what college costs because your business is so profitable. If you want to get to the point where you don’t care what college costs contact iNET right now to start building your most profitable future. As you can see here, profitable new business can begin as soon as your new iNET website goes live. Even if you have an iNET website or intend to get one, why waste your hard earned money? Contact Chad Harbeck and the Integrated College Planning team to save as much money as possible in financing and paying for you or your children’s education.