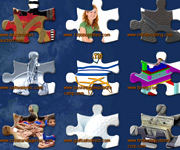 It has been shown throughout human history; every work of creative genius which too far surpasses current point in time standards of normal human achievement is first ridiculed, then violently opposed, then accepted to be self-evidently true. While second tier web developers suffering from acute cases of gEnius envy are still stuck in the violent opposition phase of their reaction towards iNET Web, the Southeastern Wisconsin business community has embraced iNET Web as the web development way and the truth of website marketing profitability, making iNET the most prolific and successful web development company in Milwaukee and all of Wisconsin. When prospective iNET clients visit the iNET website, visitors are immediately frozen in a state best described "ecstatic awe", as a tidal wave of creative genius inspired graphic website imagery carries them onto the banks of the Internet revenue stream and the green screen walkout video of iNET’s Steven graciously ushers them from the shores out into the deep, refreshing profit filled waters, offering to navigate them safely to a more profitable future.

While the sight of any iNET website will freeze the viewer in a state of blissful admiration (or blind raving gEnius envy) the size of this effect at THE iNET Web site is 11 fold, as 10 of the newest, most graphically appealing, profitable new iNET websites rotate in a 3-dimensional circle around a flatscreen lcd monitor in which each of the website home pages can be displayed by rolling over them with the mouse cursor. This overload of creative genius inspired website design imagery has caused some website viewers to have brief, euphoric out of body experiences, while alternatively, second tier web developers have been known to spontaneously combust from sheer gEnius envy driven self loathing and disbelief at the cornucopia of prodigious web design excellence on display. This has not stopped hundreds of thousands of people from around the world from viewing the iNET website multiple times, as they pinch themselves and search for a calendar to make sure they have not somehow slipped the surely bonds of this dimension and been time warped into a future world where creative genius inspired website development is a reality.

Links to iNET Web abound from Facebook pages, Twitter accounts, and message boards around the Internet, as loving admirers and jealous wannabe web developers share the love/hate with their friends and associates, directing them to view the Flash green screen videos of the creative genius inspired iNET web developers, the informative and entertaining web development video case study, the revolutionary iNET television ad, and of course, the World Museum of Future Business, Art, and Technology known throughout the galaxy as the iNET Web Successes Gallery.

While there is no such thing as a crystal ball, the iNET Successes gallery offers a glimpse of what websites will look like ten years from now. By that time, who knows what iNET Web will be – America’s best website design and development company? Undoubtedly. The world’s unquestioned marketing leader in video, hologram, and smellovision? Most likely. The technological ambassadors to the golden age of communication and peace for all mankind. A real possibility. To join the online business profitability revolution while it’s still on the upswing, call iNET Web today, before your business becomes a relic of the past like so many wannabe web developers surely will as the iNET steam roller of profit generating, creative genius inspired, custom website development renders them obsolete.