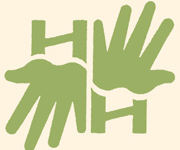 Healing Hands Therapy Center found out the hard way that all that glitters is not gold.  You may find web designers promising to build you a cost-effective custom website, including unlimited hosting and site maintenance, but what they won’t tell you is how they do it.  Hindsight is always twenty-twenty: don’t fall for their fancy packages or elaborate sales pitches, because you’ll only end up with messy, back-end coding incomprehensible for search engines.  With the iNET creative genius inspired cleaned up back-end website coding, Healing Hands has noticed their site is “getting results!”

Lynne Luckow of Healing Hands Therapy Center LLC knows there is no time like the present.  She dumped her under-performing Milwaukee web designer and came to the creative genius force of iNET Web.  Lynne knows the more, the merrier, which is exactly what she gets with iNET: a team of Milwaukee web designers, professional copywriters, and web marketing gurus behind her every step of the way.

The month Lynne’s restructured website went live, with new content and cleaned up coding, she received about 129 website visits.  As good things come to those who wait, one year later, Lynne’s website is averaging 750 website visits a month.  With iNET, the top is free, and as we all know, the best things in life are free - like free search engine results!  Being on page one and two of Google is no small feat, and iNET is proud to say Healing Hands can be found on page one for “massage Milwaukee” and on page two and climbing for “Milwaukee massage”.

While patience is a virtue, that doesn’t mean you need to put up with a tech call that keeps you on hold with sleepy elevator music.  Call iNET instead and get a live technician within two rings of the phone.  The Office Manager of Healing Hands has found the technicians to be “VERY helpful”.  She says, “When the site first went live, I called for Site Edit help.  The technician was VERY good at walking me through it step by step, and even sent me an easy to follow booklet to reference when making website changes.”

Strike while the iron is hot!  Call the custom creative genius inspired Milwaukee web designers and developers today to get started on a web marketing platform that is right for you!  There’s no time like the present to begin climbing search engine results and growing a larger customer base.