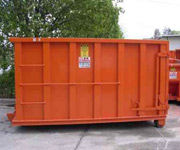 iNET Web engineered an entrepreneurial approach to growing Jim’s dumpster rental business. When he first came to us, he knew he wanted to expand his business, but had no idea how the internet worked. Pairing our online marketing expertise with the knowledge of the areas where Jim wanted to expand, the iNET Web creative genius team produced a brilliant digital marketing solution to further develop his business!

Soon after these stellar websites were completed, Jim came to us once more and said he’d like to make another profit generating iNET website to service the Green Bay area.

iNET Web gave Jim the tools to edit his own website. Whenever Jim wants to change pricing, update specials, or introduce new dumpster rental services, he can! Jim uses Genesis, our exclusive client-side online content management system. We custom developed Genesis to give all our website clients the power to manage their website content online. Each client meets with an iNET website developer to get simple training on how to use Genesis, which is as easy as editing a Microsoft Word document. The professional Milwaukee website developers at iNET Web believe you should have the freedom to update your custom marketing platform, so we give you the tools to do it yourself! Genesis gives you the power to run your website the same way you run your business, keeping it up to date and successful. Genesis also means you will never deal with sneaky update fees like you would with second-tier Milwaukee website developers!

People across Wisconsin like to work with Milwaukee, Madison, and Green Bay Dumpster Rental because Jim handles his business professionally with a great deal of personal involvement. iNET Web serves customers from far and wide because we get results and work tirelessly to provide you profit-generating, bottom-line enhancing, business improving websites. Come in today to experience the iNET Web difference!