This Milwaukee, Wisconsin, Christian School never had a website before dealing with iNET Web. Grace Christian Academy trusted iNET for the considerable school website development experience to deliver a private school website solution that would not only inform GCA staff, students and student families, but Grace Christian Academy also needed a website solution that Milwaukee area families looking for an exceptional Christian value based education would find. 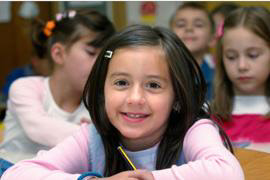 Grace Christian Academy in West Allis, Wisconsin is a private Christian school serving the Milwaukee metropolitan area who trusts iNET Web with their website marketing success! iNET is listed in the Christian business directory. iNET Web works on extremely tight profit margins in our quest to be beat all competitors pricing while delivering web site solutions that measurably enhance iNET Web customer bottom lines. That said, iNET will do everything possible to help Christian organizations and many non-profits do their work at an even greater discount. The help may be that one of the iNET creative genius inspired custom website developers simply helps on their own time to complete your Christian school website or we may do database development of website features your organization simply can not include in your budget or???

iNET does not put links back to our web site on customer websites. Sneaky links back from a customer website is classless and poor website development. For Grace Christian Academy iNET donates hosting services, in trade GCA graciously offered the links. If you are looking for a Milwaukee area school with very high educational standards, where your child will be treated with love and where your child’s soul will be nurtured with Christian values, you have found that school.