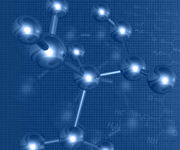 Epic Resins, founded 1958 in Palmyra, Wisconsin, has developed an international reputation over 50 years as a leading formulator, manufacturer and service-oriented supplier of epoxy resin, polyurethane structural adhesives, potting compounds, encapsulates and coatings. Epic Resins’ manufacturing facility is less than an hour drive from the Milwaukee airport and a brief 2 hour trip from O’Hare in Chicago. Epic Resins’ new website is everywhere! Epic Resins is the first formulator to earn ISO9002 registration, and have 100% inspection on both in-coming raw materials and all finished products as part of their quality system. Epic Resins is better than their competition! 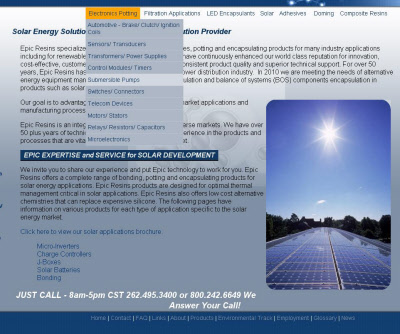 Before working with iNET, the epicresins.com site was ineffective at driving sales and certainly didn’t have a professional, compelling appearance. It was invisible to search engines and desperately in need of some iNET Custom Creative Genius inspired website design. With the first wave of search engine optimization finished by iNET Web on March 19, 2008, the website is screaming up the search engine ladder.

Checking Epic Resins search engine rank on the most relevant terms only one month after going live, they have climbed multiple places since last week. Success this quick is atypical, but certainly welcomed by Epic Resins and expected at iNET.

www.epicresins.com is currently sitting at #2 on searches for "polyurethane resins" and "doming products",  #6 for "polyurethane epoxy" and already at #13 for "resins" which yields a whopping 8 million results.

iNET provided Epic Resins a custom website edit area, allowing them to easily add and manipulate new and existing website content. A custom gallery of images and a news archive give Epic Resins the ability to keep the site content fresh, providing dynamic elements to the site to keep patrons coming back to see what's new. Check in on Epic Resins search engine rank from time to time, and watch as they climb to number one on all search engines for every term in their industry.