You just finished school, you’re ready to develop software and change the world; plus with a high average salary in a growing field you have every reason to be excited. I bet you can’t wait!

Well it looks like you’ll have to wait anyway. Software Application Developers: You expected to be developing software and getting paid by now, but at this point you’re about ready to pay to work anywhere else.

Computer System Engineer: Well, you planned on designing programs or maybe even video games, but right now you’re trying to figure out how you’re going to afford your next graphics card…

Software Systems Developers: You can only go over that one perfect piece of code you wrote so many times before you start to wonder what you’re going to do for work.

Web Developers: “Hey will you design a website for me? No I’m not going to pay you, but the publicity will be great!” Yeah well publicity doesn’t put food on the table. #SayNoToSpec

Reality for a Developer

Coding ability is a baseline skillset. Replicating skills and improving process to make our business more profitable is a fast track to increasing your income. You don’t want to be stuck in a basement coding all day if it means not growing your career. We don’t pay with “publicity,” we pay with money. 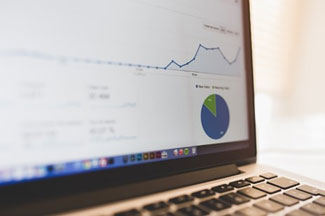 iNET offers a competitive pay structure, benefits package, paid vacation, a great working environment and a core team of individuals dedicated to world domination. iNET is improving the economy one business at a time® – join us!

iNET is currently hiring detail oriented front end developers to join our web development team. All experience levels will be considered. Full time, in-house positions only. Face to face interviews required. Only applicants with online portfolios or other examples of their work will be considered.

iNET is an extremely competitive, rapidly growing company with Marketing, PC, and Web divisions based in Waukesha, WI. Employees have immediate upward potential to advance and achieve compensation increase. iNET offers a competitive pay structure, benefits package, paid vacation, a great working environment and a core team of individuals dedicated to world domination. iNET is improving the economy one business at a time® – join us!

• 2+ years of solid, in-depth work in the marketing/design/web field

• Demonstrated ability keep up with current web trends and technologies.

• Demonstrated ability to write HTML & CSS code from scratch. Specifically HTML5/CSS3 and beyond

• Work as a creative team member and advisor to other developers

• Applicant MUST be able to handle multiple projects, meet deadlines, work under pressure, and have meticulous attention to detail

• JavaScript, JQuery, C# and any other .NET programming skills 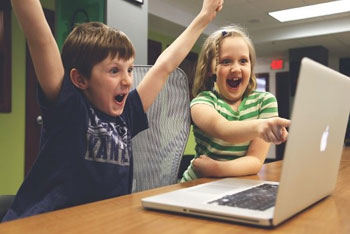 If you're looking for a fun, fast-paced and constantly changing work environment with the best website developers in Milwaukee/Waukesha, apply today with iNET.

Please email or use the online form - attach resume and whatever you think will most speak to your ability to do the job.

The centerpiece of the benefits package is the ability to increase your skills and pay above all else. You can love your job - ultimately pay is why we go to work.

Full time only. No telecommuting.

iNET is improving the economy one business at a time® -- join us!