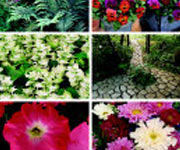 The eGardenersPlace online e-commerce platform allows customers to shop all nine seed company catalogs at once, with one online shopping cart and one website shipping fee. Each of these horticultural companies has a huge seed products database, making linking them together while adding advanced multi-website search functionality a huge undertaking. Fortunately for all of these horticultural companies, all their websites are developed and hosted by iNET Web, allowing them to save at least 50% of what it would normally cost to build a large, database driven website with the advanced search features of eGardenersPlace from scratch.

The coolest feature of eGardenersPlace is the advanced website search capability. As you start to enter text into the search box, suggestions based on products in the seed database appear in a drop-down graphic website display menu, similar to the search suggestions provided by Google and Yahoo search engines. After you choose a term to search for, matching results from each of the nine on line horticultural company catalogs are displayed in order of relevancy and popularity. If a particular seed is available from more than one company, an icon of each company whose catalog it appears in is displayed on the eGardenersPlace website. Customers click on each icon to view the items for sale, allowing customers to see if one company offers a better price or a quantity more appropriate for their website shopping needs. Another helpful feature on eGardenersPlace is the Hardiness Zone lookup. Customers can enter their zip code into the website to be told the USDA Hardiness Zone rating of their particular climate. When the website shopper checks seed and plant product information they can check to see if their hardiness zone score falls within the recommended range for each plant they view. This way, eGardenersPlace customers can be sure their plants will flourish in their particular climate before they buy them. 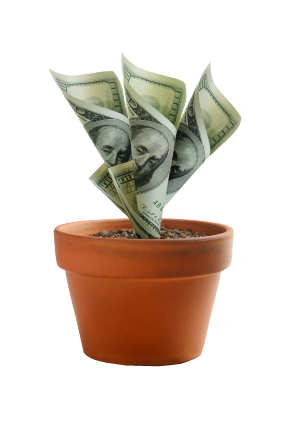 As Jung Seed has discovered, the more you invest with iNET Web in website development, the bigger your bang for the buck. Because iNET already hosted the product database of each seed company, linking them together was easier than it would have been if starting from scratch. iNET could have charged Jung Seed twice as much for website database development, while still beating the prices other Milwaukee web developers could have offered if they could even do the complex custom database development. The iNET difference is at iNET Web, we charge web development customers for a fair return on labor, rather than the "charge more, deliver less" philosophy of most website development companies. That’s why companies like Jung Seed keep coming back again and again to iNET, and why iNET’s largest customers are our most satisfied customers – the more business you do with iNET, the quicker your investment pays for itself. At any level, iNET Web may be the single best web development company anywhere. More than favorable production costs, iNET websites make our customers money.

If you do gardening of any type, you have to check out the eGardenersPlace website. You will never see a more complete array of garden seeds, flower bulbs, and other gardening supplies anywhere. For an online e-commerce platform, like the one which boosted website based sales for this horticultural customer by over 50%, come to iNET Web, where every penny spent, is two pennies, three pennies, four pennies earned and more, ongoing, FOREVER.