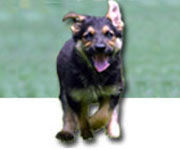 The iNET statement, "No matter how profitless your website is, no matter how bad your website experience is, iNET will take over, impart creative genius, and turn your website into a profit making marketing masterpiece" is not just a marketing statement. In Sue Mills, of Clean Break Protector’s own words, check out this iNET website development success:

"Janice, I just wanted you to know how pleased I am with the work you have done on my web site. When I began searching for a website builder, I did not know anything about what I wanted or needed. I went with a very "cheap" on-line website company that did not know how to deliver what I needed. I did most of the work with little explanation from them. Their changes would have many spelling and grammar errors in it. The communication was terrible. The worst thing about my "new" website is that I received no orders........not one. The only way anyone could find my website was by putting the address in the address bar! The only good thing about this bad experience is that it led me to iNET Web. Staying in business and hiring iNET to get things straight are the 2 best decisions I have made for CLEAN/BREAK!

Within a very short period of time, iNET had CLEAN/BREAK coming up on the first line, or at least the first page when people would Google key words. My heart raced when I received my first phone order. I was very impressed! It always continues to be on the same first page. People are finding CLEAN/BREAK and are grateful for it. I am having you make small changes at a time. Most recently, I changed to a secured eCommerce site, so people could order direct on-line. This was another great decision prompted by things that you had said. I appreciate that you have not pushed me to do anything that I have not been ready for with my website. I am simple minded when it comes to computers, and I need to take baby steps.......you have been great! My orders are picking up steadily......I keep thinking of what you said... "Be careful what you wish for".

I am not quite ready for those really large orders yet!”


Thank you for your time and knowledge,
Sue Mills
cleanbreakprotector.com" 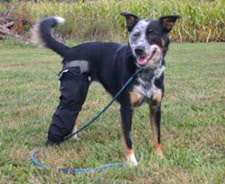 Sue, of Clean Break Protector had an injured greyhound dog. The dog had a nasty broken leg. Her veterinarian casted the greyhound’s leg and told Sue to keep the leg clean and dry. To Sue, that seemed like an impossible proposition with the technology involved in the cast the doctor provided. Sue developed her own canine leg cast, making the impossible proposition of keeping her dogs leg clean and dry while it healed a reality.

The iNET website solution started with taking the template website and breaking it off of the template code. Coming out of a profitless website solution, Sue was understandably cynical of the potential of a website. To save money, Sue did not have iNET change the graphic design of the website. While the web site still looks template, iNET removed the junk code. Template website code can often times restrict the ability of a website to be found in native or free search engine queries. The next step for iNET was a bit of search engine optimization. Free of cluttered template code, cleanbreakprotector.com was free to gain value in native search engine queries. An iNET search engine optimization specialist put Clean Break Protector at the top of free searches on the major search engines, actually putting Sue in position to start to pay for all of her second tier development, subsequent redevelopment, and to get on the way to a profitable future. As evidenced by Sue’s feedback, iNET website search engine optimization works, delivering profitability where second tier web sites only generate profit for second tier web developers.

As the site started to take off, actually validating Clean Break Protector as a legitimate product with a real world wide market, Sue decided to step up to an iNET custom site edit management database so that she could add, change and update cleanbreakprotector.com content. As the Clean Break protector started to earn dog loving customers all over the world, Sue added a full eCommerce web site sales solution. The iNET eCommerce solution allows customers to shop 24 hours a day, seven days a week, buying their injured dog Clean Break Protector whenever they need, night or day.

Take a look at the Clean Break Protector website. Consider that this was a business that was literally on the verge of calling it quits when they came to iNET to take one last shot at a sales generating marketing success on the Internet.

After iNET stepped in and redeveloped the web site, Clean Break Protector is on the way to what may be a website based veterinary mogul business. When you visit your vet, let them know there is a great solution for pooches with broken legs. Just tell the veterinarian to search Google to find it.