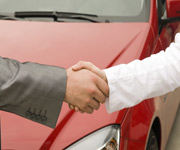 When Chevy Dealership Locator came to iNET Web, home of the best Milwaukee website designers and developers around, they had an idea in mind for how their website should function, but no one to help them start. iNET Web’s Waukesha website developers rolled up their sleeves, popped the hood and began working closely with Chevy Dealership Locator to create an amazingly functional and intuitive website.

The iNET Web Milwaukee website designers worked to assemble a list of 40 major cities from coast to coast. The list of cities, placed on the right side of the website, provides details and information for easily connecting website viewers to their local dealership with the best possible price and cost saving deals. As Chevy Dealership Locator continues to expand, so will the list of cities and participating dealers.

Providing helpful and informative vehicle purchasing information for Chevy patrons is one of the principal goals of Chevy Dealership Locator, so our iNET Web Milwaukee website copywriters spent hours working closely with Pete Hartinger to provide all the information interested buyers would need for finding a Chevy dealer with the best prices.

Since going live in October of 2011, Chevy Dealership Locator has begun a steady climb through major search engine rankings. Pete Hartinger continues to build his clientele of city exclusive dealerships.  As Pete’s portfolio grows, so will his website. The sky is the limit for Chevy Dealership locator.