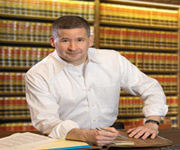 When Karl first approached iNET, the team set their creative genius loose at square one, branding the face of the firm. Attorney Karl Meyer needed a business name that resonated with his target audience and effectively represented his legal expertise. The Waukesha Web team got their creative gears turning and Central Wisconsin Law was born. With a solid name in place, the iNET Waukesha web designers set to work on a tagline. INET creative genius developed the unique tagline “Debt Relief Made Personal” to again back up the Wisconsin Bankruptcy Law’s goal of offering personalized debt solutions. The tagline also created a sense of accountability, pride and fierce diligence to help reassure visitors they were in good hands. INET recognizes the importance in building a cohesive brand and consciously carried the brand name and tagline into the business emblem. The logo design features the state of Wisconsin with a sprouting leaf to represent a sense of regrowth, hope and starting out fresh – just what people facing bankruptcy need.

Using state-of-the-art green screen technology and creative genius, iNET developers engage audiences further using a green screen walkout video. With experienced videographers and their new, in-house green screen studios, the iNET team was able to give the Wisconsin Central Law website an added edge. As visitors enter the site, they are greeted by no other than Attorney Karl Meyer Jr., himself. With an air of distinct professionalism and trustworthiness, green screen Karl immediately puts visitors at ease and fills them with the confidence they are in the right place.

The last thing a website should do is overwhelm an already stressed-out audience. Since Wisconsin Bankruptcy Law is all about providing personalized debt solutions, iNET implemented unique landing pages for debt relief options.  The landing pages effectively reinforce the personalized experience from the get-go and drive viewers to the next step of the sales process – and boy, did it ever. Karl saw a dramatic increase in contact, confirming yet again, that he made the right choice with iNET.

With enhanced content in place, the iNET Milwaukee team went on to clearly define and increase user call-to-action. The Wisconsin Bankruptcy Law site features an easy to use mini contact form, conveniently placed on the home page.  Unlike other bankruptcy sites, the form is short, straight-forward and to-the-point, making it easy as pie to become Attorney Karl Meyer’s client.

Attorney Karl Meyer was well equipped with the experience needed to run a law firm. By teaming with iNET to create an appealing, visitor friendly website with optimized content, Karl was able to launch Wisconsin Bankruptcy Law down its own path to financial success. INET was the best marketing decision he ever made.

Contact iNET Web, the best Milwaukee web design company, or call at 262-574-9400 to set up your meeting for a profit-generating website. iNET Web, improving the economy one business at a time®.