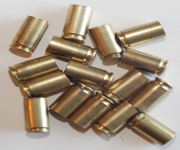 In the seven months since the launch of the BrassReload.com’s creative genius inspired website, sales have risen faster than a speeding bullet. Thanks to the professional and skilled iNET Web Milwaukee website developers, BrassReload.com has major search engines ranking them higher than their competitors for key terms, including “once fired military brass” and “bulk once fired brass.”  The eye-catching design from iNET Web’s Waukesha website developers makes BrassReload.com the most professional and trustworthy website in the industry.  The functional, intuitive design of the BrassRelaod.com website enables customers to easily and quickly purchase once fired military brass shells in mass quantities.  The owners of BrassReload.com are delighted with the success of their site and have been busy filing orders and shipping their product nationwide.  BrassReload.com is the perfect example of how a website can win on organic searches when done properly.