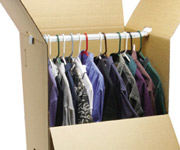 The first thing you notice on the Bluemound Express Moving & Storage website is attractive, energetic graphic design, immediately giving the impression of a competent, efficient Milwaukee moving company. Moving boxes with rollover animation form the navigational menu, creating a fun, interactive feel to the website. An animated "Request a Quote" button on every page clearly shows prospective customers how to get more information for their Wisconsin move. They are directed to an iNET custom created form where Bluemound Express captures all their contact and moving information. Relocating Wisconsinites also have the option to request a free report from Bluemound Express, "21 Critical Questions to get Answers to Before Making Your Next Move". With an iNET custom created database solution, captured information is well organized and easy to retrieve. Backend site edit features give Bluemound Express ability to edit their website text and photos. Bluemound Express is thrilled with how easy their iNET website management tools are to use. With iNET intuitive web management tools, no computer expertise is needed to make website changes.

A second tier Wisconsin moving company will not get your belongings safely to your new home. A second tier Milwaukee website developer will not get customers to your home page. With custom, proprietary website code from iNET, information is presented for optimal search engine rankings on Google and Yahoo, boosting your company to the top of native search engine queries, where profits are made. Bluemound Express Moving & Storage experienced an immediate increase in website traffic and online requests for quotes with their iNET custom website solution. After seeing the web traffic increase from basic iNET web optimization, Bluemound Express Moving & Storage was "extremely excited about doing additional SEO work on the website as they know the work iNET does pays for itself." It is very early in the search engine optimization process, but Bluemound Express has already moved to the first page on Google for many of the most valuable Milwaukee moving company search terms.

If you are relocating in Southeastern Wisconsin and need a moving company or secure, climate controlled storage, check out the Bluemound Express's iNET custom created website to find out why Bluemound Express Moving & Storage are the Movers Milwaukee Trusts.