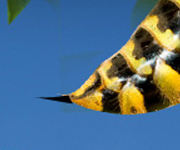 “The graphics and layout are much better than our old website,” Clarence Sr. said.  “The design and pictures really capture what Big Stinky Flytrap offers.  INET’s people were professional and easy to work with.”

Using iNET’s Site Edit feature, an online content management system, Big Stinky Fly Trap can add new products or update the website instantly anywhere with internet access.  Big Stinky Fly Trap employees can edit any area of any page without extra cost or waiting times.  Unlike other Milwaukee web developers, iNET Web does not charge the website owner every time an update is required.  With iNET Web’s online content management system, changes are made instantaneously eliminating the lengthy wait you will experience with other Milwaukee web developers.  The Site Edit function from Milwaukee’s #1 web design company has an extremely user friendly structure.  With iNET Web Site Edit, anyone with a basic knowledge of computers can easily update, change, and modify their website.  The simplicity of iNET Web’s Site Edit feature is simple as copying and pasting right where the information is needed.  No higher computer knowledge or web design is needed to edit your web page.

Bothered, bitten, and bombarded by unpleasant flies in your yard or home?  Big Stinky Fly Trap has the necessary equipment to rid the area of flies and hornets, making outdoor experiences much more enjoyable for you and everyone else.  Bothered with your unprofitable, cookie-cutter website, and need to make a big change in your business?  Get your business buzzing by calling the creative geniuses from iNET Web of Waukesha to talk to a live, local human being providing you the assistance you need in creating a fresh, profit-filled online marketing solution which will pay for itself time and time again.