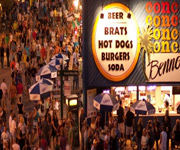 “This mobile website was a one-time project to increase customer traffic at the 2011 Wisconsin State Fair,” says Tim Gill, Director of Operations at Benno’s Concessions While we’re not certain where the increased customer traffic at Benno’s Concessions came from in 2011, there was definitely an increase!  I gave Tiffany direction as to what we were looking for and it was implemented true to what I wanted I really appreciated the quick response time when communicating with the web designers over multiple designs.”

While mobile web marketing has remained a popular advertising method in Asia and Europe since the late 1990s, this cutting-edge marketing medium is now utilized by the most exhaustive North American marketing gurus, like the creative genius inspired Milwaukee web designers at iNET Web Mobile web marketing is an online marketing platform designed for compatibility with the influx of smartphone, tablet computer, and other mobile device technology. 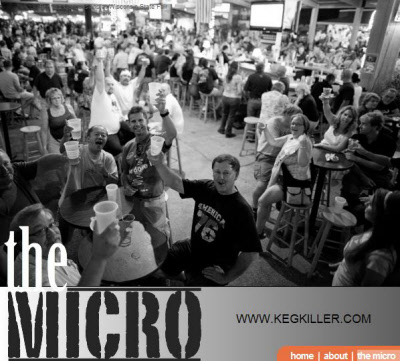 The Benno’s Concessions website graphic design is a cool, catch some shade under an umbrella, belly up to your favorite open-air bar festivity!  You’ll find yourself at the hub of Wisconsin State Fair, down on the corner of Benno’s Micro Brew Alley and Grandstand Avenue breathing the fair’s exclusive aroma of beer, brats, and baby goats INET Web’s Waukesha graphic designers brought The Micro and The Wineberry webpages to life with high resolution website imagery The Micro website imagery has an explosive, social energy, portraying the fraternity and camaraderie of a crowded tavern whose patrons are collectively hoisting beverages in salute to a hometown team’s victory The Wineberry website imagery is regally subtle, cozying up to website viewers with plush furniture, elegant décor, and vibrant plants to enjoy while sipping a favorite vintage over soft conversation INET Web’s Waukesha graphic designers channeled Benno’s “Think Globally, Drink Locally” motto into website imagery depicting Milwaukee tavern-goers who enjoy the cross-cultural enlightenment responsible social drinking and Wisconsin State Fair provides Website viewers will be compelled to pay a visit and enjoy a good drink with Benno at the Wisconsin State Fair after experiencing the warm, eclectic vibe iNET Web created for Benno’s Concessions online.

Need a Milwaukee web designer who’ll listen closely to your marketing goals with the personal attention a winegrower pays their vineyard?  They won’t be found hanging out at the local hole-in-the-wall at the bottom of your wineglass.  Lookout for the frothy covered, creative genius inspired Milwaukee web designers at iNET Web.  We work for beer!