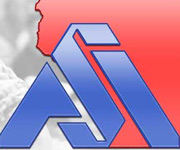 Jeff Kuhn of S&K Plumbing, a member of PHCC and client of iNET Web, was itching to share his creative genius developed, cutting edge web solution. Jeff showed off his newly iNET redesigned website to all his buddies at PHCC sparking the interest of many in turn landing iNET yet another website development job referral.

One of the main web features truly classifying the ASA-WI website as a CUSTOM creative genius inspired iNET web solution is the integration with Avectra, a third party backend management system used to process orders for renewing and creating memberships. As Cook & Franke had already invested a lot of money into this backend website management system, they didn’t want to abandon it. Not only did iNET incorporate Avectra into the new ASA website, they also customized it to look and feel EXACTLY the same as rest of the website. Normally the Avectra side of a website is bland and boring, but with iNET’s level of expert coding and web development, iNET’s web developers produced the same EXACT design and layout of the new ASA website within Avectra’s platform, even the custom flash piece works within Avectra. Any other website in existence using Avectra NOT developed by the iNET creative geniuses themselves, only has the company’s logo fixed on top of the boring Avectra template page layout. “I really appreciate the custom ‘style pages’ keeping the look of our website throughout Avectra. The whole look enhances users’ experience of the website.”

As the American Subcontractors Association plans ways to improve process and grow business as well as plan member golf outings and sporting clay outings, iNET embedded an interactive flash animation image banner at the top of the ASA website filled with business driven, goal orientated, business professional imagery and integrated with golfing and sporting clays imagery. As the banner photos begin to smoothly scroll, a golf ball flies by as a swinging golfer appears. The banner then continues to scroll into more motivational team driven business imagery and ends with a boom as a clay shooter appears and shoots a clay target as it soars through the sky. Jane of Cooke & Franke raves about the interactive banner, “I personally like the scrolling photos. I thought it would be cool if it was interactive and I like how the guy actually shoots the clay disc.”

With iNET’s ever determined ability to withstand the pressures of meeting fixed deadlines, the ASA website launched in time for Jane to show off at the upcoming ASA member meeting that evening. “We got nothing but good, positive feedback from our members.” John Taylor, a member of ASA, is an employee of Terminal-Andrae, a current client of iNET Web. Being able to easily spot the difference between an iNET website and a wannabe Milwaukee web developer’s website, John Taylor called iNET to say, “I just wanted to congratulate you guys on the ASA website I just saw. It looks really good.”

With iNET Web locking in complete customer satisfaction for all web clients, the positive feedback driven iNET web solution chain of events will continue connecting to new industries and linking within those industries, in time making iNET Web THE Milwaukee website designer for all.

Start your own iNET Web link today, or should we say latch on to the iNET Web Success chain of events, as we are sure by simply reading the positive feedback you will be hooked, and soon on your way to creating your own iNET website referral chain-reaction as no one can keep the ‘creative genius’ a secret.