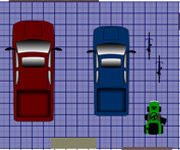 The American Garage Builders company came to iNET after iNET had already completed another major Wisconsin Garage builder website. (iNET never discussed either customer's production with the other iNET customer.) Ironically, the one website American Garage Builders will have trouble unseating at the very top of the search engines is the other iNET produced garage builder site. iNET treats every customer website as a unique entity. iNET Web never discloses one website customer's methods or ideas to another. Looking at the two Wisconsin garage builder websites, you will not see any similarity in design, tact or function. The individual website developments are unique. What you will see is extreme, bottom line enhancing, profit creating website development for both individual businesses. You will see both at the top of free search engine result pages, where profits are made, on the Internet.

To say Ray is pleased with the results iNET Web has delivered would be an understatement. Ray says they receive lots of positive feedback about the website. American Garage Builders is averaging more than a dozen leads per month from the form submit on the website AND has made many sales as a result of those leads. Ray is so satisfied with iNET Web; Ray is working to have iNET produce a second website focusing on pre-fabricated kit garages for national sales, right now. That will be the third profitable garage builder website iNET produces.

Take a look at the American Garage Builders website. It is an easy to navigate, simple website layout with extremely complex navigation and functionality. If you prefer not to follow the link below, Google "Wisconsin garage builder". You will see two iNET produced websites at the top of the free search result.