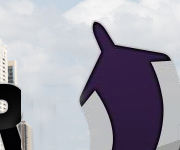 Thank you for choosing iNET Web. It is our pleasure to further your ‘creative genius’ website solution knowledge today. To better grasp our ground breaking online web marketing abilities, you will find on the screen in front of you one of our many online website design success stories.

Traffic congestion ahead, expect delays, use alternative route. Although Airport Service was doing well in search engines results, it lacked the legitimacy a professional Milwaukee business logo design provides. Airport Service steered away from their second tier web developer and made a right turn down the iNET Web road to profit. With the help of the iNET creative genius inspired web designers, Airport Service got the facelift it needed to lift business off the ground, land new airport shuttle service customers, and drive in new business.

Airport Service is clear for takeoff. Template websites make most web visitors flee almost instantly, as the lack of professionalism, consistently found with these ‘websites,’ makes any business look sketchy. As image is everything, the iNET creative genius inspired web design team created a simple, yet professional website image for Airport Service.  With a simple creative genius website design revamp, more and more Airport Service website visitors are actually staying on the website instead of just clicking the back button, with many scheduling airport shuttle pickups.

Website profitability success ETA via iNET Web: NOW, clear path ahead. Website profitability success ETA via other Milwaukee web designers: unknown, expect delays. Don't get caught in an SEO traffic jam, put the brakes on your wannabe website designer, ditch your road block template website, and call the creative genius’ at iNET Web to take your website to the air and watch as it reaches search engine spider cruising altitude and soars to the top search engine result destination. Just sit back, relax, and enjoy the ride to online profitable success with iNET Web.