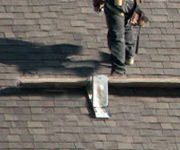 For average Milwaukee web designers and website developers like the company who produced the mess that was the original Acro Building Systems site, your profitability is not really their concern. The wannabe web developers just make websites (poorly). Wannabe web developers don’t understand or don’t believe they have any control over Google rankings. Second tier website companies tell you your site has to be around for a long time to be ranked high or you have to get lots of people to link to your website, or you just have to be lucky. Wannabe website designers tell you the only way you can get people to find the website without handing them a business card is a big pre-paid pay-per-click campaign. At iNET, we love taking over websites for clients like Acro Building Systems and showing businesses what profitable website development can do. iNET Creative Genius Inspired website development combined with expert SEO methods generates profit for iNET customers every time. Typically, iNET web development customers think the iNET plan coupled with iNET website development pricing is too good to be true because it’s so different than what they experienced with previous web design companies, just as Acro did. As soon as they see themselves being ranked on the first page of Google after a few months, and gaining new customers every day, they can’t wait to do even more work with iNET.

After redesigning the Acro Building Systems website with iNET search engine friendly website code, they are currently #7 on Google for "roofing tools" out of 18 million websites, and they are on the first page of Google for a host of other terms. A little search engine optimization (SEO) from iNET goes a long way. Acro Building Systems is expanding their roofing tool distribution network and growing their business because of their iNET Custom Creative Genius Inspired website solution. Business growth attributed once again to an iNET online website marketing platform.

The Acro Building Systems website also has many impressive custom database features helping to maximize return on web development investment. With iNET client-side website content management tools, Acro Building Systems adds roofing tools to their online products database without any help from iNET. When Acro invents a new roofing tool, as these roofing industry leaders often do, to make life easier for roofers across the country, they don’t need iNET to design a new web page to display it. They simply log into the content management system and add the tool to the database, which automatically makes a new page. This new content is free of the template website code created by common web page content management systems. The extraneous code template websites add signals low quality website design to search engines and blocks site content from being valued by search engines. Acro Building Systems also has a .PDF database they can add documents to. Prospective customers can simply download their roofing tool spec sheets. A map graphic of the United States with rollover animation lists the Acro Building Systems sales representatives in each state. Acro Building Systems adds, subtracts, and edits content in all these databases without any website design expertise, and without any web development fees from iNET. PLUS Acro has access to the iNET web design and development team in two rings of the phone.

It is quite fitting that the most creative, innovative roofing tool manufacturer would come to the creative genius inspired, most innovative website design and development company to make themselves known to the world. Two companies leading the pack from Milwaukee, Wisconsin, driving profits into the Milwaukee economy and keeping Wisconsin strong – Supporting and building our local economy is a benefit all Wisconsinites share in the great website design and development iNET does. To experience Custom Creative Genius Inspired website development return-on-investment in your business, contact iNET today at 262.574.9400 or Request a Website Quote, and join the growing ranks of companies who are growing themselves on the web with iNET. Check out Acro where you will find the most innovative, high quality roofing tools made right here in Southeastern Wisconsin!